What is the challenge about? 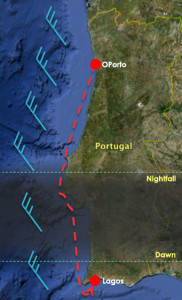 More than 500 Kms kitesurfing without stops

The MINI Kitesurf Odyssey is an attempt to Kitesurf the Portuguese west coast, using the wind from North to South, day and night and without stops.

Besides the goal of continuously navigate around 290 nautical miles (±540 Kms) on a Kitesurf board, the kitesurfer will also try to beat a world record, which is “The longest kitesurfing journey without stops”, currently set at 199.63 nautical miles (369.71 km) by Phillip McCoy Midler (USA) who travelled from South Padre Island, Texas to Matagorda, Texas, USA, from 10 to 11 May 2010.

The Odyssey will be attempted from one morning to the next day’s afternoon, including an entire night kitesurfing with the moonlight and hopefully a night breeze as well, that enables to progress along the night. There won’t be any stops in land and the kitesurfer will eat, drink and stay awake the entire journey (24 to 30 hours) while speeding through the water at an average estimated speed of 12 to 15 knots (22 to 28 Km/h).

Who is the kitesurfer? 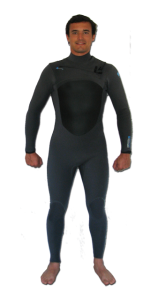 This challenge will be performed by Francisco Lufinha, a young sailor and kitesurfer who has spent most of his life at sea and is addicted to nautical sports.

For more info about Francisco Lufinha, check his profile here.

To reach success in this challenge, a great team has been assembled with the best qualities in the several areas required. Please see the sidebar on the right where all special members of our team are listed and click on them for further details.

Where will the challenge take place?

The challenge will take off from Douro Marina (near OPorto in the North of Portugal) and will finish on the Portuguese south coast – the Algarve – at the Marina de Lagos.

Along the way there are several checkpoints where Francisco will pass near land, like Peniche, Roca Cape (the most westerly point of Europe), Raso Cape and Sagres/St. Vincent Cape.

When will it be attempted? 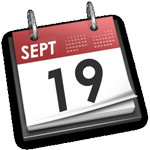 The ideal date for the start is on the 19th of Septembre 2013, because it will be a full moon night, which will be a precious help while kitesurfing at night in the middle of the ocean.

However, more important than the moon light is a good strong wind forecast, so the start of the challenge will have a standing period from the 15th to the 30th of September 2013.
The date will be set 3 days before the start and confirmed at least 24h before.

As any extreme challenge, the MINI Kitesurf Odyssey success is threatened by several factors which the team cannot control, but only minimize the risk. The main threats are:

To be able to go kitesurfing down the coast, Francisco needs favorable North quadrant winds, blowing between 15 and 35 knots. If the wind is to weak Francisco will have to sit and wait on his board with the kite lying on the water. If the wind is to strong, it can pull Francisco in the air and out of control, leading to severe crashes and possibly drowning.

Not only during the day, but specially during the night, a good visibility is the key to kitesurf at high speeds, avoid crashing in the waves as well as hitting any obstacles.

Offshore kitesurf navigation envolves many risks, such as crashing while hitting floating objects (fishermen buoys, pieces of wood, plastic garbage, some kinds of big fish, etc), losing track of course and end up in the rocks somewhere, be caught by storms, being in the way of big ships, sharks and other predators attacks, among others. All of these threats are much greater during night time and are part of the fears that Francisco will have to deal with.

Side by side with the wind factor, the physical and psychological parts of the challenge are on top of the threats that will affect the arrival or not to the end. The estimated 24 hours of continuous kitesurfing will be extreme for Francisco’s body and mind, two essential pieces of the puzzle that cannot collapse.
Francisco is being prepared by specialists in training, physiotherapy and nutrition, in order to maximize his chances of success when subject to 24 hours of strong body activity in a row.